Social Darwinism was a driving force in the early 20th century, and a leading cause of many racist and culturally discriminatory practices.  It was used as a basis for attempts at population control through immigration restrictions and eugenics. 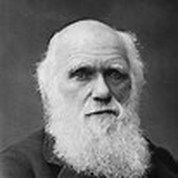 When Charles Darwin revealed to the world his theories on the origin of species through a process of natural selection and survival of the fittest, little did he know that his observations of the animal kingdom would be applied to human society.  Social Darwinism applies the concepts of natural selection and the survival of the fittest to endorse the racial and economic inequalities that existed in early 20th century American society.  Social Darwinism was widely used as a means of prohibiting African American and certain European immigrants from seeking out equal opportunities in the political, social and economic establishment.  It also justified the ideas of manifest destiny and imperialism to bring civility and democracy to "racially inferior" cultures. 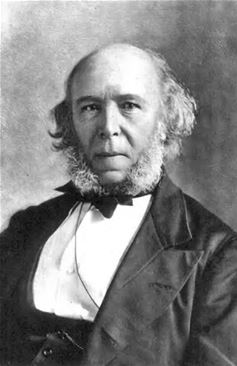 Social Darwinists believed that the process of natural selection acting on variations in the population would result in the survival of the best competitors and in continuing improvement in the population.  They held that the life of humans in society was a struggle for existence ruled by survival of the fittest, and phrase coined by British philosopher and scientist Herbert Spencer.
The theory of social Darwinism was used to support laissez-faire capitalism.  According to this theory, those who were successful were naturally superior to those who were less fortunate, and therefore the laws of nature supported their place at the top of social hierarchy.  The poor were the unfit and should not be aided. Wealth was a sign of success in the struggle for existence.

"The ultimate result of shielding men from the effects of folly, is to fill the world with fools." 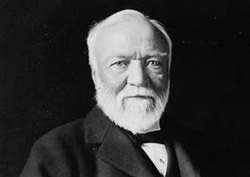 "The law of competition may be sometimes hard for the individual, [but] it is best for the race , because it insures the survival of the fittest in every department." 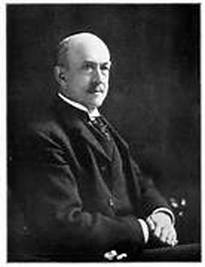 "A drunkard in the gutter is just where he ought to be...The law of survival of the fittest was not made by man, and it cannot be abrogated by man.  We can only, by interfering with it, produce the survival of the unfittest."

--- William Graham
Sumner, What Social Classes Owe to Each Other
(1883)