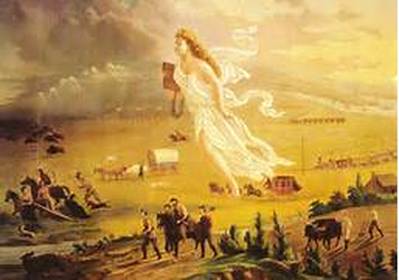 The idea of Manifest Destiny played a critical role in shaping the ideologies that defined many of the encounters between Americans and the other races that inhabited  North America, the Caribbean and the Pacific Islands. The influence of scientific racism on U.S. political ideologies is evident in Manifest Destiny, for which Protestants declared themselves  designated by God to conquer and civilize North America in order to bring democracy, freedom, and prosperity to a “savage wilderness.” The demonization of Mexicans, Asians and American Indians was intrinsic to this ideology, and proponents drew from scientific theories of racial hierarchies to justify the occupation and confiscation of their territories.

I don’t go so far as to think that the only good Indians are dead
Indians, but I believe nine out of ten are, and I shouldn’t like to inquire too closely into the case of the tenth." 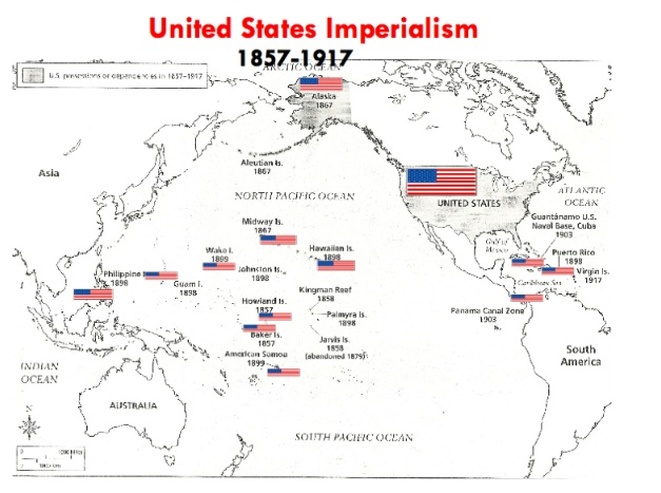 Imperialism is based on the idea of American exceptionalism or that America is better because it retains the responsibility to spread "civilization" through democracy and capitalism.  The American presence in the Pacific, Panama and the Caribbean showed a disregard for the principles for which they themselves had fought a war of independence.  The consent of the governed was not needed in these cases because America was higher on the racial hierarchy and therefore obligated to bring to the "savage" inhabitants of these countries the benefits of Christianity, democracy and free-market capitalism. 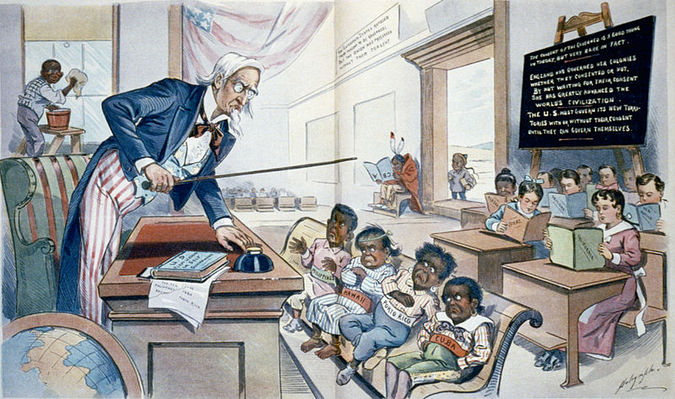